Storytelling at TrueTalker Pavilion in Amsterdam

The city of Amsterdam is to host the European Union in Spring 2016.

On the Marineterrein in the East of the city, politicians will discuss and decide on Europe’s future, under bright artificial light, with cameras and microphones registering each and every word.

In response to the event, at the nearby temporary campus FabCity, Amsterdam based architecture studio Studioninedots collaborated with StoneCycling on a temporary structure that features a fireplace right in the heart of its brick-based centre.

Waste upcycled with this project 2.000 kg

Because a good campfire triggers big ideas and storytelling, visitors of the pavilion are invited to sit down, relax and share warming, unreasonable, crazy, unimaginable and hilarious ideas at The TrueTalker.

FabCity is free to visit and open to students, professionals, artists and other creatives looking to develop sustainable urban areas and present and discuss their solutions to urban issues.

The TrueTalker is a cone-shaped pavilion that consists of one wall twisting around itself, triggering people to come in and explore its core.

The solid but transparent structure is made from our innovative and circular WasteBasedBricks®.

During the day, the open brick pattern creates a play of light within the volume – in the dark the pavilion’s surroundings are illuminated from the fire inside, presenting itself as a beacon.

As a place to exchange ideas, everyone is welcome to FabCity and sit down in the heart of The TrueTalker to share ideas on the future of Europe, the world, mankind or anything else.

To trigger even more stories, a series of events is initiated in collaboration with the Academie van Bouwkunst Amsterdam (Amsterdam Academy of Architecture).

The TrueTalker was on show in Amsterdam until 26 June 2016. After this date, the TrueTalker was moved to a new location: the site of nature playground Bûûtenplaets on the island of Goeree Overflakkee in the province of South Holland in The Netherlands.

On Tuesday, December 12th, the TrueTalker was carefully placed onto the vessel “Manna” of owner Bart Verkade in the harbour of Amsterdam.

StoneCycling’s Jasper Brommet and Wim Noordzij of  Bûûtenplaets coordinated the move and skipper Carolus Poldervaart (with his son Sander) left Amsterdam on Wednesday December 13th to Sluishaven in the Southernmost part of the province South Holland in the Netherlands, where it arrived on Thursday December 15th in the afternoon.

The journey took the TrueTalker along the Amsterdam-Rijnkanaal (-canal) to Utrecht via de Waal river to the Boven Merwede river, where they docked in the municipality of Gorinchem.

The journey continued on the Friday via the Nieuwe Merwede river to Hollands Diep river, under the Moerdijkbrug (-bridge) and onwards to the Volkerak Sluizen (-locks), onto the Volkerak Waters to the Galathese Haven (-harbour) to arrive at Goeree Overflakkee.

During the move, part of the TrueTalker collapsed because of the movement of the ship, but repairs were able to be made to salvage it. For everyone, it was a great adventure and we hope a lot of people will enjoy the structure, now dubbed ‘Bûûtenpraet’ (‘outdoor conversations’ in local dialect), in the future!

The Bûûtenpraet will get a prominent place at the nature playground, which is an initiative of locals to give visitors the chance to enjoy the peace and quiet of the natural environment at Goeree Overflakkee. Nature, environment, education, sustainability and -most of all- having fun are at the forefront of the foundation’s mission.

You can see the whole moving process below:

As a place to exchange ideas, everyone is welcome to FabCity and sit down in the heart of The TrueTalker to share ideas on the future of Europe, the world, mankind or anything else.

Products in this project 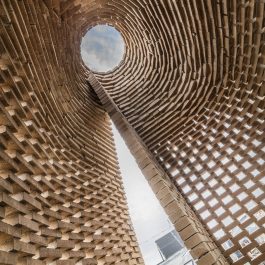 This was a one-off product made specifically for this project. With our Custom Made Service, it's possible to develop your own bespoke brick or brick slip. 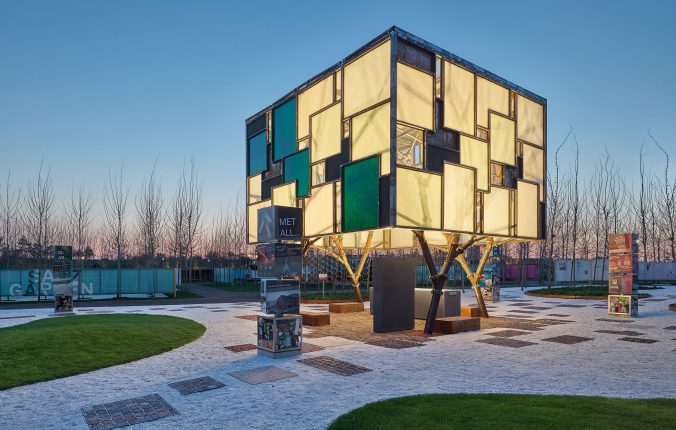 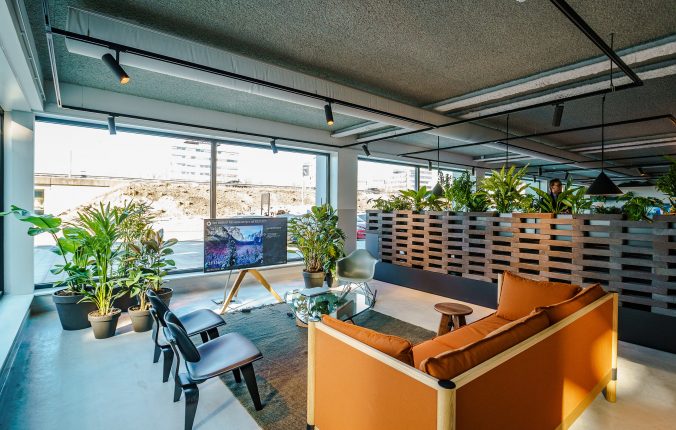