The Amsterdam neighbourhood of Oostenburg was created in the 17th century as a polder in the swamp on the IJ and became the centre of trade and industry for centuries.

With an eventful history in which prosperity and decline followed each other, the area is currently a residential area where you can still find the real Amsterdam: raw, adventurous, and incredibly charming.

Before 2024, Oostenburg will change into a new part of the city of Amsterdam for 3000 people.

This robust neighbourhood on the water will consist of more than 1600 new-build homes, small creative businesses and offices, restaurants and cafes full of contrasts between culture, heritage and new construction.

Waste upcycled with this project 28.952 kg

Designing a new building in an existing neighbourhood with a lot of industrial heritage creates obligations. OZ Architects, the office responsible for ‘De Vijzel’, was well aware of this when designing this building on Oostenburg Island.

De Vijzel is a durable apartment building with a typical Dutch signature. It can accommodate sixteen apartments, three maisonettes and a penthouse.

The building with steel facades is built of circular concrete and exudes the industrial atmosphere of New York’s SoHo district with its abundance of glass and the light colour of the bricks.

Today SoHo is one of the trendiest neighbourhoods in New York. Oostenburg also has that potential, especially with sturdy buildings such as De Vijzel.

In line with the City of Amsterdam’s mission to become the first 100% circular city in the world by 2050, OZ Architects wants to add sustainable value to Oostenburg with De Vijzel. The reuse of materials is an important condition of the mission to make Oostenburg sustainable.

At Oostenburg, residents don’t have to worry about their ecological footprint. StoneCycling’s Nougat Raw WasteBasedBricks® are used for the facade of the building. The stones are processed on the cleat. This saves on the amount of facade material and produces a non-standard facade appearance.

Systems that minimise energy consumption have also been implemented – without sacrificing comfort.

With facades that can be opened over the full height and width via large patio doors, residents and users bring the outside world in and a maximum connection with the VOC quay is created. These so-called ‘blurring zones’ merge public and private space in this lively area with its industrial charm.

While De Vijzel is located in a lively place in Oostenburg, the inner garden acts as a green oasis in the middle of the city. All homes in De Vijzel have a direct connection to the lush courtyard. The exclusive apartments have floor-to-ceiling windows, are perfectly finished and are delivered turnkey so residents can move in right away.

In 1661 the Dutch East India Company (VOC), in its heyday, the largest company in the world bought the island. Shipyards and warehouses for precious spices from the East were built.

When the industrial revolution began, Oostenburg became the scene of machine factories such as the immense ‘Werkspoorhal’, which was built in 1870.

Due to its location, Oostenburg is easily accessible across the Zuiderzee (currently The Ĳsselmeer) and there is plenty of work in the shipyard and later in the factories. From 1973 onwards, diesel engines for trains and ships were made at Oostenburg until the post-war repairs and demand from colonies were over.

The factory halls at Oostenburg became vacant around 1995 and are rented out to creative companies such as film companies and artists.

In the next three years, Oostenburg will change into a new part of the city of Amsterdam for 3000 people and StoneCycling is proud to become part of the history of this unique area.

In partnership with StoneCycling, we are able to give 28,952 kg of waste from construction and demolition a valuable new destination. This impact gives meaning to the Oostenburg project.

For all our developments, we are always looking for the most sustainable materials that have a positive impact on the world; After all, we create new living environments where people want to be.

In the design of a sustainable building, we did not want to compromise on aesthetics. With the WasteBasedBricks® we have the best of both worlds: upcycled materials with a high aesthetic value that give the design an industrial look with a global character.

Products in this project 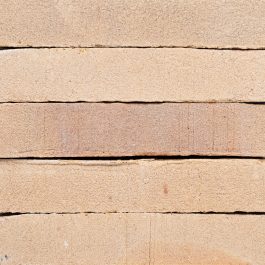 A soft yellow tone with a hint of warm pink. Nougat is the 21st-century answer to London Stock Bricks. 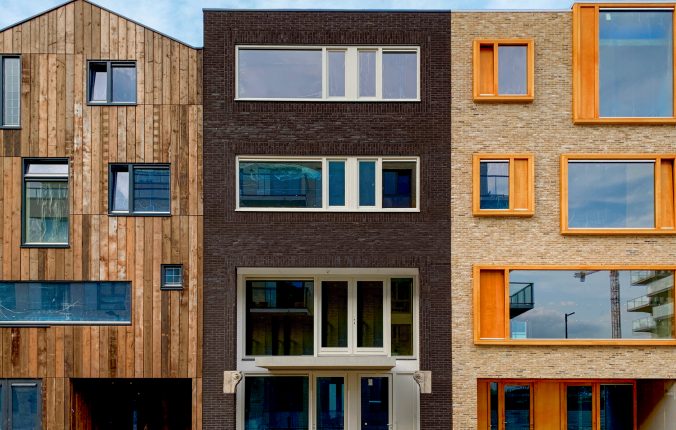 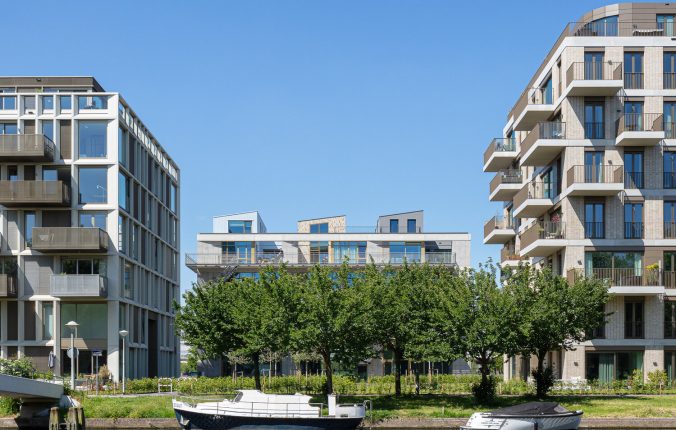